I completed my PhD with the Complex Systems Simulation Doctoral Training Centre in 2014 and a subsequent EPSRC doctoral prize award at the University of Southampton. Subsequently I was delighted to be invited to back as the Complexity Centre Director, my current post. Meanwhile I continue my research into simulation of molecular systems with a focus on developing theoretically rigorous methodologies for drug design.

I obtained my PhD in Mathematics from the Universitat Autònoma de Barcelona and the Centre de Recerca Matemàtica, where I was part of the Complex Systems Group. In September 2015 I joined the Collective Phenomena in Physics & Materials Science group at the ISI Foundation as a Postdoctoral Fellow. I’ve been part of the CCS Warm-Up organising team since its first edition back in 2013 in Barcelona.

Frank Longford
I studied Chemistry at the University of Sussex and graduated with an MChem in 2013, focussing in Theoretical Physical Chemistry.  I am currently studying for a PhD at the Institute of Complex Systems Simulation (ICSS), University of Southampton, on modelling emergent properties of the air-water surface interface using a combination of classical and quantum techniques. 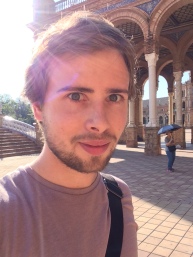 Elisa Omodei
Follow @elisa_omodei
After obtaining a PhD in Applied Mathematics from the École Normale Supérieure of Paris, I am currently a postdoctoral researcher at the Rovira i Virgili University, in the research group of Prof. Alex Arenas. My research concerns the analysis of complex networks, with a particular focus on social systems. Since October 2015, I am the chair of the Young Researchers Network on Complex Systems board. 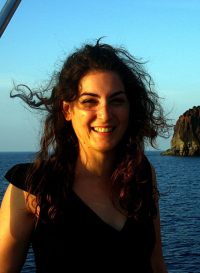 Evelyn (Evangelia) Panagakou
Follow @evepanag
Since 2011 I have worked towards the creation, function and act of the Young Researchers Network on Complex Systems (YRNCS) in the context of its today’s format and have co-organized many events for the young researchers in the field of Complex Systems. In 2013 the YRNCS got its name and formal entity and in 2013-2014 its Advisory Board became a Committee of the Complex Systems Society. Between October 2013 – October 2015 I was the Chair of YRNCS and my membership in the Advisory Board of YRNCS ended in the end of April 2016.

Giovanni Petri “Gio”
Follow @lordgrillo
32 years old (unfortunately), got my PhD from Imperial College London in 2012 on information and dynamics of traffic networks. I am now Principal Researcher at ISI Foundation (Turin) in the MathLab working on scary topological methods for complex systems and big data. You can have a look at me at complex.gpetri.eu, follow me on twitter @lordgrilo or drop me a line at [petri.giovanni at gmail.com]. Your call.

I am currently a postdoctoral researcher in the Computational Science in the Faculty of Science of the University of Amsterdam. I am particularly interested in the emergence of complex, systemic behavior from the interactions of relatively simple elements, such as human cognition from neurons and synapses, cell regulatory processes from gene-gene interactions, and social unrests and protests through person-person communication. Supervised by Prof. Dr. Peter M.A. Sloot, I am specifically formulating a theoretical framework of information processing in complex systems, more specifically, systems with complex networks of interactions. I obtained the Ph.D. in Computational Science at the University of Amsterdam in 2013, the M.Sc. (“Full GPA”) in Computer Science from the Georgia Institute of Technology, U.S.A., and the B.Sc. (“cum laude”) in Computer Science from the University of Amsterdam, The Netherlands.